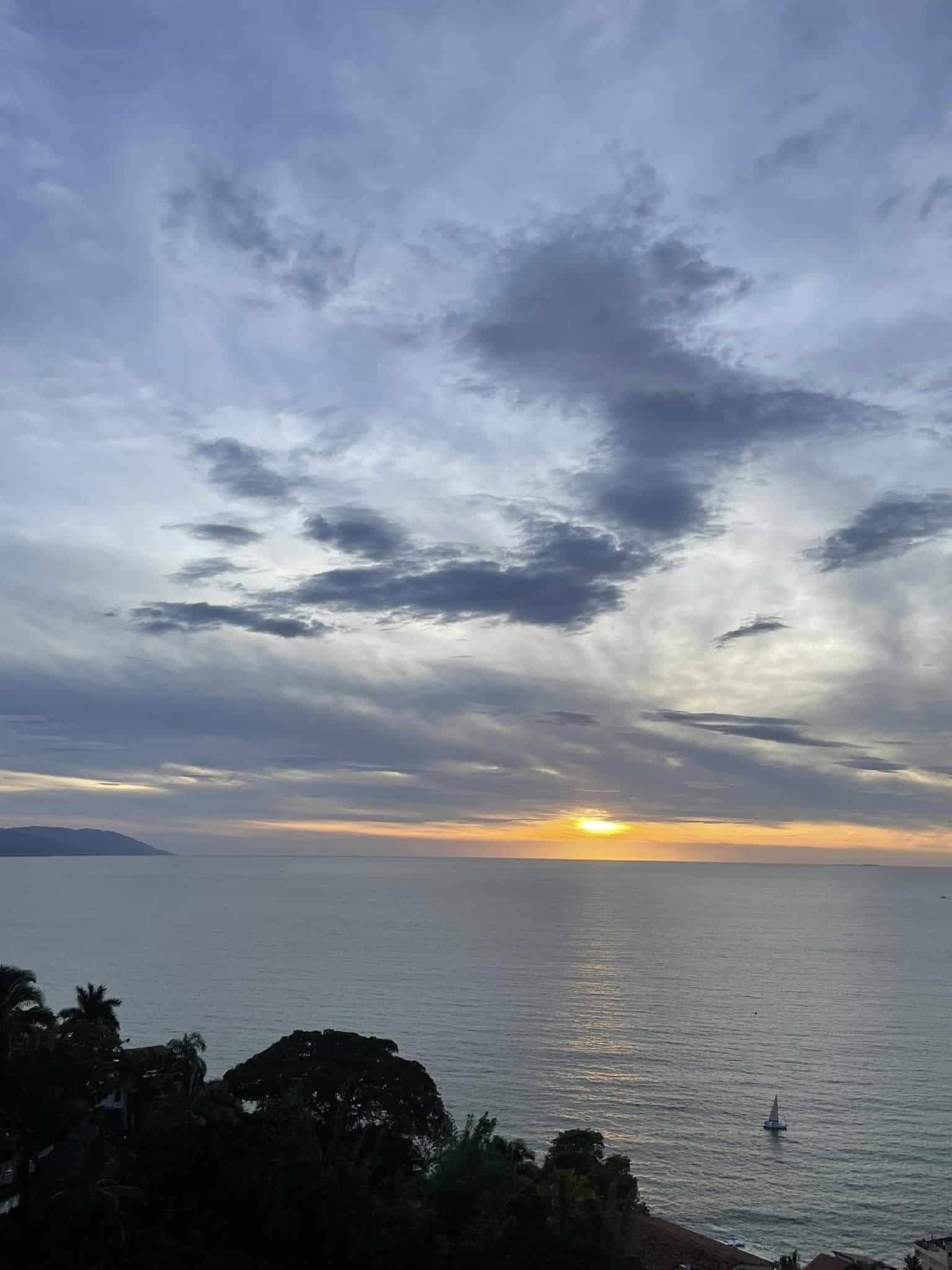 Uber in Puerto Vallarta is one of the best ways to get around this gorgeous coastal city. The app is widely available throughout the area and you will be able to easily find a vehicle wherever you are in the city. Be it Downtown Puerto Vallarta, Los Muertos beach, or all the way out in Conchas Chinas.

Better still, taking Ubers here is perfectly safe. As far as most Mexicans are concerned, this is one of the best ways to get around. Locals tend to favor Ubers much more than local cabs.

It is worth downloading the Uber app before you fly out to Mexico so you are all set and ready to go. When you arrive in the country, be sure to pick up a Mexican sim card so that you stay connected and can always order a car wherever you are.

If you are not familiar with the concept of Uber, it is a rideshare app that connects you with local drivers. It uses GPS to detect your location and from there, you can order a driver to take you to your intended destination.

You can also order cars in advance. One great thing about the app is that the price and route that the driver will take are displayed at the time of booking.

That way, there are no surprises. Taking an Uber is usually a much cheaper option than taking a licensed cab.

Is Uber in Puerto Vallarta Safe?

It is very safe to use Uber in Puerto Vallarta. As a matter of fact, it is actually safer than getting into a yellow taxi in the street, which is actually something that might come as a surprise to hear.

When you think about it though, it makes sense. When you get into an Uber, you have more information on the driver whose car you are getting into. There is more accountability.

When you get into an Uber, you have the driver’s name, license plate, and car details. They are also verified via the app, meaning that Uber has a lot more additional personal information, in the event of any problems.

Mexico is actually the third-largest global market for Uber, after the United States and Canada. There are over 7 million registered users and the app controls over 80% of the ridesharing market in the country.

With so many people dependent on Uber, new safety measures are constantly being implemented. First of all, you can share your journey in real-time with friends and family so they know where you are and who you are with.

Second, you can now audio record your journey and send it to Uber. This isn’t likely to be something that you need, but it is reassuring to know that if a driver acts sketchy or asks for additional payments, you can obtain audio proof and send it to the app.

How Much Does Uber in Puerto Vallarta Cost?

Obviously, the cost of taking an Uber in Puerto Vallarta varies depending on where you are staying, where you are going, the demand at that time, etc. Prices often increase as much as 50% at peak time periods. (For instance, when it rains or on Friday/Saturday evenings).

From the airport to Zona Romantica, you can expect to pay around 150 pesos. When you travel a short distance within the downtown/Playa de Los Muertos area, you are likely to pay between 50-80 pesos one day. On the whole, the app works out a lot cheaper than using licensed cabs.

You should never get into a random street cab in Mexico. Puerto Vallarta is a safe place generally, but unfortunately, scams do exist in Mexico, particularly in areas that are frequented by tourists.

You can expect people to try and overcharge you a lot in Puerto Vallarta, and cab drivers are no different. They may charge you as much as 2-3 times the correct rate, with the assumption that as a tourist you have no idea what the price should be.

This takes place when an unsuspecting tourist gets into the back of a taxi, the taxi driver drives a short distance, and then, several of his friends or accomplices enter the vehicle. The passenger is then forced to hand over all of their valuables and the driver and co will drive around, forcing him/her to withdraw the maximum amount of money each time.

The victim is usually released unharmed and there is never any intention to hurt them from the start. However, this

What Safety Measures to Keep in Mind

Uber in Puerto Vallarta is safe but it’s not perfect. There are a few additional measures that you can take to help ensure your own safety.

First of all, when you order a cab, do a quick check of the driver’s profile. Make sure that they have done a decent number of trips (ideally a few thousand) and that they have a good rating (of 4.5 or above).

If they are completely new to the app or their rating leaves a lot to be desired, cancel the trip. If you do so quickly, Uber will find you a new driver at no additional charge.

However, if you wait until the driver is on their way to you to cancel, you will have to pay a small fee for their time. When the car arrives, make sure that the license plate number is correct and that the driver is the same as the one in the app photos.

If someone pulls up in a different car, do not get in. You might want to consider waiting at the pickup point and then waiting until the driver asks your name, rather than offering this information out yourself.

You can certainly order an Uber to collect you from Puerto Vallarta Airport (Licenciado Gustavo Díaz Ordaz International). Indeed, when you leave the terminal, you will see little cars floating around on the app.

However, only licensed cabs are allowed to pick you up from within the airport. So, to get an Uber, you will need to cross the road outside the airport and wait there.

This is perfectly legal and a lot of people do it. It is also worth the extra effort since airport taxis and private transfers often charge exorbitant rates.

Their starting fee is often around $30 USD which can be as much as 2-3 times the Uber fare. Exit the airport and cross the busy Blvd. Francisco Medina Ascencio.

There is a pedestrian bridge that makes crossing the road easy, and fortunately, this is accessible via a ramp. So, you don’t have to worry about carrying your luggage.

Your Uber driver will pick you up from outside one of the car rental places or taquerias on this road. Unfortunately, they cannot turn the car around and come to you on the airport side of the road as there is no place to stop.

(Minus a bus stop but it would be illegal and dangerous for them to stop there). That is why you need to make your way across the road.

There are usually plenty of cars in this area waiting for people to get off flights so you shouldn’t be waiting for more than 10-15 minutes at maximum. There is a lot of anti-Uber sentiment in Puerto Vallarta, particularly around the airports.

Uber is not the only rideshare app in Mexico. Cabify is also used in Mexico City, and Didi and In Driver are used elsewhere in the country.

Didi is perhaps the best Uber alternative to have on your radar. The app boasts similar safety features to Uber, however, fares can often be as much as 20-30% cheaper than those offered by Uber.

The only disadvantage is that sometimes there are fewer cars around and you may have to wait longer to be picked up. Some drivers also do not like accepting fares where the passenger is paying by ApplePay or debit/credit card as they have to wait longer for the money to hit their account, so try and pay in cash where you can.

You may find that you are unable to download the Didi app on your phone. You may first have to change your phone and Android/Apple ID (as applicable) settings so that your location is listed as Mexico, first.

Sometimes, when you need a cab, it is worth comparing the fare across both Uber and Didi. The price differences can often be relatively large.

In Driver app in Puerto Vallarta

In Driver is a third rideshare option and it is arguably the cheapest of the group.

Here, you specify your pickup and dropoff location and then quote the amount that you want to pay. Then, several drivers bid for your fare and you can choose the best offer.

You can see the driver information and if you have any Mexican friends, you will probably find that a lot of them prefer to use this app over the others. However, In Driver does not have the same safety features as the other apps.

A lot of drivers that use it just do Adhoc pickups here and there, rather than using the app for their career/livelihood as is the case with most Uber and Didi drivers. It is useful to be aware of this app but generally, it’s better to stick to Uber.

Have you ever taken Uber in Puerto Vallarta? What was your experience like?

Have you traveled to Puerto Vallarta before? You may also be interested to note that Uber is also available in nearby Guadalajara, the capital of Jalisco.