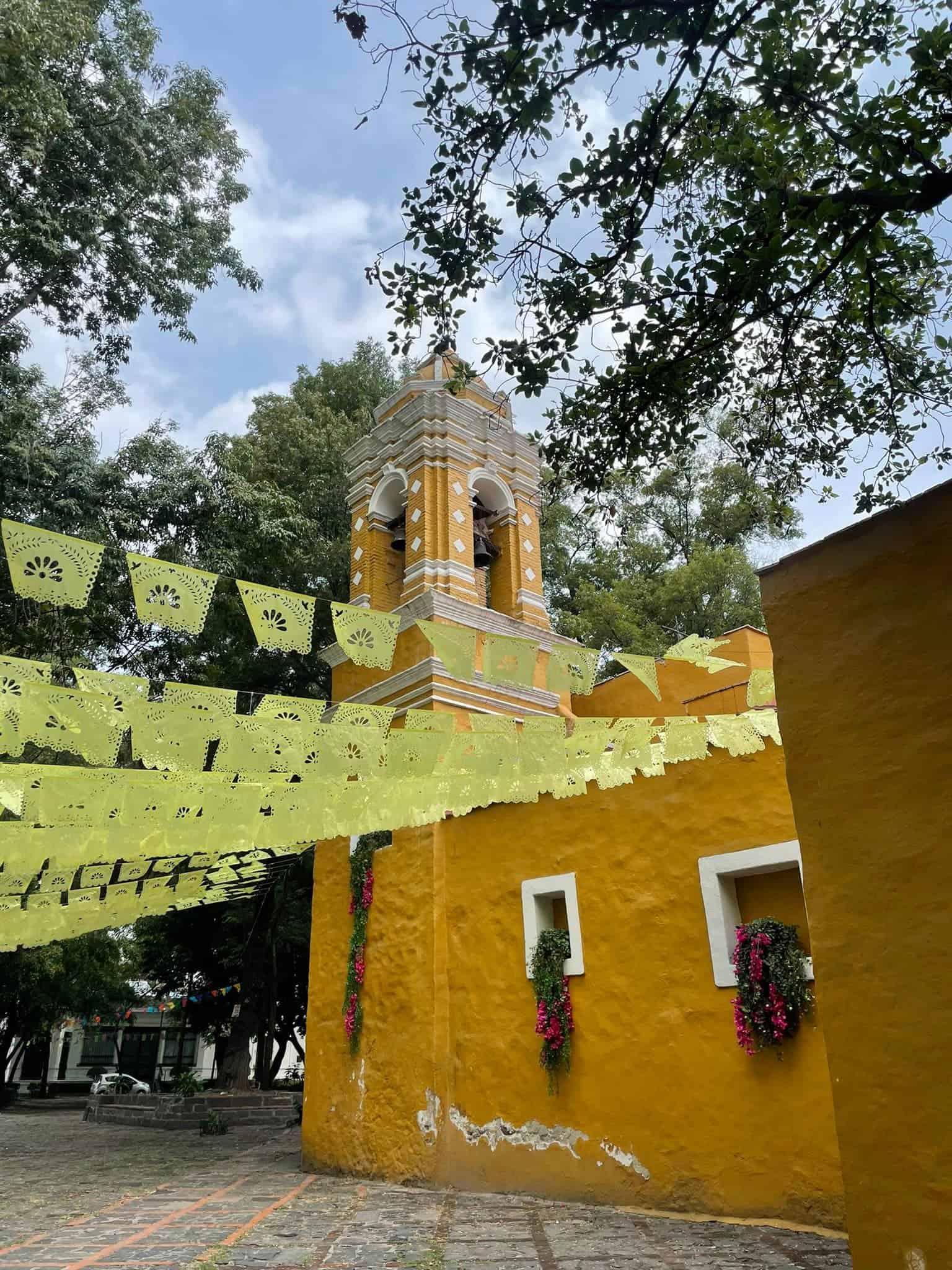 Taking Uber in Mexico City is one of the fastest and most convenient ways to get around. Indeed, Mexico is the world’s third-largest market for Uber with about 7 million registered users.

Similarly, Mexico City is the app’s second-largest city market, second only to São Paulo in Brazil. You will find that most Mexicans prefer to take Ubers as opposed to street taxis

But is taking an Uber in Mexico City safe? The overall answer is yes, but let’s look into that in a little more detail.

Taking Uber in Mexico City is a great way to get around. Even solo travelers and solo female travelers can feel comfortable using the app.

If you are not familiar with Uber, it is an independent ride app that acts as a substitute for taking taxis. Once you have downloaded the app, you can input your location and where you want to go.

Then, the app will connect you with a local driver. It will display your waiting time, the price of the journey, the route to your destination, and your expected arrival time at your destination.

You typically do not have to wait more than 5-10 minutes for a car and there is also the option to reserve one at a specific time in advance as needed. You can opt to pay by either card or cash.

After your journey, you can give a rating and review your driver. Tipping in Mexico is commonplace but you are not expected to tip your Uber driver. If anything, you can just round up your payment to the nearest 10.

How much does Uber in Mexico City cost?

Uber in Mexico City is very reasonably priced. This is true even if you take a cab all the way from one side of the city to another. For instance, from Coyoacan to Roma Norte or Polanco, the journey is not likely to cost more than 150 pesos.

Short distances in Ubers (e.g. from Polanco to Roma Norte) cost as little as 60-70 pesos. Arguably the most expensive times to travel are at rush hour (4 pm – 7 pm Monday-Friday), Friday and Saturday evenings, and when it rains.

If you are traveling at a peak time, the app will display a message that states “prices are higher than usual right now due to increased demand”. If you see this, you might find that the rate becomes lower and you are able to save some money if you wait for a little.

You can also use Uber to take day trips out from Mexico City. For instance, you can get an Uber to the pyramids at Teotihuacan for about 500-600 pesos each way.

MEX is Mexico City’s main international airport and it is probably where you are going to fly into.

Your Uber driver can pick you right up from arrivals. There is usually a swarm of airport cabs here so it does pay to just walk a little down the street so your driver doesn’t get stuck in all the chaos.

It is worth noting that although MEX is Mexico City’s main airport that is just 13km away from the city center, some flights do operate to the new Felipe Ángeles International Airport. This airport opened in March 2022 and is 40km north of CDMX.

Obviously, the new airport takes longer to get to and from so if you have the option, it is better to fly into MEX. An Uber from Mexico airport Felipe Ángeles International Airport will cost between 400-500 pesos each way.

Is Uber in Mexico City Safe?

In some countries, people may consider that Uber is not as safe as taking a licensed cab, but that is not the case in Mexico. You will note that nationwide, people prefer to call cabs via ride apps like Uber, Didi, and In Drive rather than hailing a street cab.

Yes, these are independent drivers as opposed to licensed cabbies. However, you have the driver’s information, and license plate number, and you can check references before entering the vehicle to make sure that you are in good hands.

As the app has grown and developed across the globe in recent years, more and more safety measures have been introduced. While Uber may be the third-party platform that connects you with a driver, it is in their best interest that passengers arrive safely and have a pleasant journey.

Why take an Uber in Mexico City over a regular cab?

The problem with street cabs in Mexico is the risk of express kidnappings. While these are the exception rather than the rule, it is not really a risk that anyone wants to entertain.

Express kidnappings happen when a passenger enters a taxi and agrees on the destination. The driver will drive a little distance and then a few of their friends will enter the vehicle, often armed with a gun.

The passenger will be forced to hand over any valuables and cash. Then, the drivers will drive around different ATMs requesting that the person make the maximum withdrawal at each machine.

Of course, taking an Uber does not make you completely immune from having such an encounter. However, your chances of this happening to you are severely reduced when you have all of the information about the driver and vehicle.

It is easy to record your journey or contact Uber at the push of a button using the app. Meanwhile, when you get into a street cab, you are getting into an unknown vehicle.

Some hotels will have good relationships with trusted drivers and cab firms that can take you to and from the airport or to different parts of the city. This should be the only time you consider taking a street cab in Mexico City.

Express kidnappings aside, you are more likely to get ripped off or scammed in a street cab, especially as a tourist. It is not unheard of for a cab driver to try and charge a tourist double or triple the going rate because they think that you do not know the correct price. With Uber, this can be avoided.

How to Stay Safe taking an Uber in Mexico City

There are several additional precautions that you can take when taking an Uber in Mexico City to ensure that you stay safe. Doing these small things can give you additional peace of mind.

It is good to always check the driver’s profile before he/she arrives to collect you. Simply clicking on their avatar will tell you how many rides they have done, how long they have been with Uber, and what their rating is.

If a driver has done thousands of rides and has a high rating of 4.8 and above, you can generally feel assured that you are in good hands. Some drivers also have additional comments and reviews from passengers displayed on their profiles which gives additional reassurance.

If a driver is brand new, has only completed a few rides, or has a low rating, feel free to cancel and request a new driver. Uber will usually allow you to do this without incurring any fees as long as the driver is not already well on their way to get you. Don’t feel guilty about doing this, especially if you are traveling alone at night or if you are a woman traveling alone.

Triple check the vehicle you are getting into

If you are taking an Uber from outside of a popular tourist spot (like the area around the Palacio de Bellas Artes), it is not unheard of for there to be several Ubers waiting for people, or even random drivers that pull up beside you when they are not even an Uber driver.

Double-check that the number plate you see on the vehicle corresponds with the one displayed on your app. Check that the driver looks the same. If the driver is in a different vehicle, don’t get in the car and report it to Uber.

When you get into an Uber, you can easily share your ride details with a friend or family member. Then, they can see who you are with and where you are going.

Uber now has the option to record audio throughout your journey. If your driver makes you feel uncomfortable or you feel that a strange situation is escalating, this can be done subtly at the push of a button.

The great thing about Uber is that your estimated price will be displayed before you get in the vehicle and your driver will be given a route to follow. You can open the app, or Google maps every now and then throughout your journey to check that you are going in the right direction.

The good thing is, that you will find that Uber checks up on you if anything seems untoward, too. For instance, if you are stuck in traffic and are stationary for a while, a popup will appear asking if you are okay. Obviously, if you find yourself in a situation where you feel at risk, you should try to contact the authorities.

Didi is a popular Mexican alternative to Uber. It has similar safety features (audio recording, info sharing, etc) and it is often cheaper than Uber.

If you want to download the app, you will need to set your phone and Apple ID settings to Mexico. When you want to order a cab somewhere, you can then check between Uber and Didi and see which has the lower rates.

Obviously, fares to different destinations fluctuate depending on demand, the time of day, etc. However, generally, Didi is much cheaper. The only downside is that there are often fewer vehicles.

InDrive is another ride app that you will hear Mexican people talking about. Here, you enter your start point and your destination, and then you offer a price for the journey.

Drivers will respond and either accept your rate or quote a slightly higher fare. You choose the driver that you want and they will collect you.

This app is often the cheapest of them all. You can see what the rate is on Uber and Didi and then quote less than the two on Indrive and see who responds.

However, this app does not offer safety features and is less established. It is generally better to avoid this unless you are with a group of Mexican friends that know the area well and use it often.

Uber scams in Mexico City are not common at all and Mexico City is a relatively safe place, despite its media depiction. However, it still doesn’t hurt to always be vigilant.

Since Uber drivers depend a lot on their ratings, it usually isn’t worth their time to try and be sketchy. They know that ripping off passengers or doing something untoward in the short term would harm them in the long run.

Arguably you are more at risk of getting a shady driver if you are in a sketchy part of town so be mindful of where you order a cab from. When you exit the vehicle at the end of the ride, have a quick look at the app to make sure that the driver has also ended the journey and is not continuing to charge you.

If you incur any unfair charges as a result of the driver, don’t hesitate to contact Uber support. It is always worth leaving a review.

Do you have any experience with taking Uber in Mexico City? How did you find Mexico’s capital?

Safe travels and enjoy your time in Mexico! Hasta Luego!