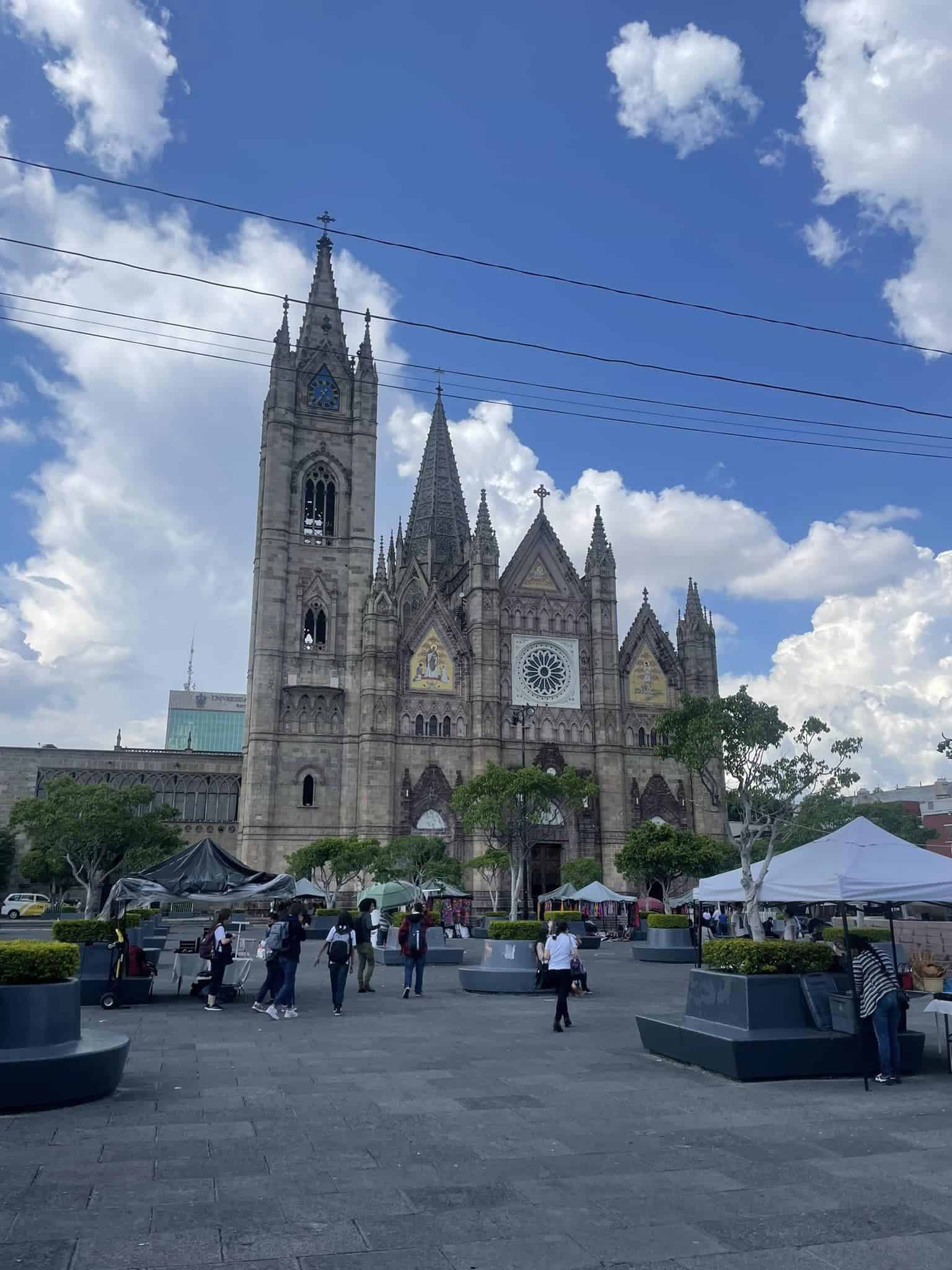 Using Uber in Guadalajara is a safe, comfortable, and reliable way of getting around the Jalisco capital. As a matter of fact, it is the preferred mode of transport for most locals, ex-pats, and tourists alike.

Better still? Uber in Guadalajara is affordable and there are usually plenty of cars available. There are just a few things that you may want to consider before using the application, which is discussed in this article.

If you are not familiar with Uber, it is a ridesharing app that connects you with local drivers. You simply open the app, enter your pickup and drop-off locations, and it will find a driver.

Nearby drivers are displayed as little car icons on the map. If you don’t want to be picked up immediately, you can reserve a pickup in advance.

An estimated price for your journey will display on the screen. You can opt to pay via cash, card, or ApplePay.

Uber in Guadalajara: Is it safe?

Uber in Guadalajara is a very safe way to travel around. Even women traveling to Mexico alone can feel comfortable using the app.

This may sound surprising as people have very different perceptions of Uber and rideshare apps in various parts of the world. You might assume that Uber is less safe compared to taking an authorized taxi but that is definitely not the mindset in Mexico.

There is more accountability when you get into an Uber rather than a random taxi that you have found on the street. After all, with Uber, you can see the driver’s personal information as well as their vehicle description and license plate number.

New safety measures are constantly being added to the app in order to give riders more comfort and peace of mind. For instance, you can share your journey information with friends and family and you can now audio-record your journey and share it with Uber if your driver makes you feel uncomfortable in any way.

As you are on your journey, you will see the route to your destination mapped out. If you are stationary somewhere for any amount of time, the app will usually display a pop-up asking if you are okay.

Why take Uber in Guadalajara instead of licensed cabs

Guadalajara is a safe place to travel as long as you take precautions and use the same common sense that you would in any other major city.  One such precaution is to order an Uber when traveling home in the evenings, or traveling long distances rather than walking via unknown parts of town.

Similarly, you should opt to take an Uber rather than get into a random cab. There are a number of issues that affect street cabs in Mexico.

On the more minor end of the spectrum, if you amble into a random taxi on the street, the driver might try and massively overcharge you.

They will see that you are a foreigner and believe that you don’t know the correct going rate of things. If you want to take a licensed taxi, only do so if the car has been organized via your hotel and is known to be a reputable firm.

On the scarier end of the spectrum, getting into a random taxi could result in an express kidnapping. Express kidnappings aren’t super commonplace, and not every taxi driver is a crook or potential kidnapper. However, these things happen often enough that it is important to be informed.

An ¨express kidnapping¨ happens when an unknowing person gets into the back of a cab. The cab driver starts driving and then pulls over, for several accomplices to enter the vehicle.

The passenger is held at gun or knife point and forced to hand over all valuables. The driver takes them around the city, forcing them to withdraw the maximum amount of cash from all of their cards at various ATMs.

Hurting the victim is never usually on the agenda. However, it is hardly a pleasant experience and one reason why it is safer to take an Uber.

Safety measures to follow when ordering an Uber in Guadalajara

When you call a car, click on the driver’s profile to check his rating and how many rides he has completed. If someone has a rating of 4.5 and above and they have completed thousands of rides, it is a good assurance that you are in good hands.

Conversely, if they are completely new to the app with very few references, or people have left them a number of bad reviews, you can cancel. As long as you do this quickly, Uber will search for a new driver without charging you. (You are only charged a small fee if you wait a while to cancel and the driver is already on their way to you).

Similarly, if the driver appears to be doing something strange while you are waiting for them (e.g. driving back and forth erratically on the map), don’t hesitate to cancel. Always double-check the driver’s details and license plate before getting in the vehicle.

If a car pulls up and it is different from the one listed or it has a different license plate number, don’t get in and report them to Uber. Unfortunately, there have been a few incidents where people have gotten into the wrong cars because an opportunist saw someone waiting at the side of the road and pulled up next to them.

Is Uber legal in Guadalajara?

Uber is legal in Guadalajara – both in the city center and the airport. Unfortunately, in much of Mexico like in much of the world, there are plenty of cab drivers that are not happy about the existence of Uber.

You can use Uber to get to and from Miguel Hidalgo y Costilla Guadalajara airport (GDL). This is more comfortable than taking public transport and is substantially more economical than taking an airport taxi or a private transfer.

Uber is not permitted at some Mexican airports but that is not the case in Guadalajara and your driver can pick you up right outside of arrivals. There is a distance of 20km/26 minutes between the airport and the Zocalo central square by the Guadalajara cathedral.

Your fare is likely to be around 230 – 260 pesos each way, depending on the demand at that time, and any traffic in and out of the city. If you need to get a cab from the city to the airport, your driver will drop you right off at the departure gate.

How much does Uber in Guadalajara cost?

Even if you are traveling from the city center to Tlaquepaque and back, you are only looking at just over 100 pesos each way. This is much more economical than a street cab and saves you from having to try to navigate the buses and metros.

If you want to use Uber to do a day trip from Guadalajara to Tequila, you are looking at a price of around 539-731 pesos each way (circa $28 – $37 USD). There are uber drivers in Tequila too, so you shouldn’t struggle to get a cab back.

Other rideshare apps in Guadalajara

Uber is not the only ridesharing app in Mexico. Didi and In driver are other popular alternatives.

Didi is very similar to Uber in terms of its offering. It is often cheaper, although you will often find that there are fewer cars available.

To download it, you will need to change your phone settings (and Apple settings, if applicable) to list your country as Mexico. If you are on a budget, you may be able to save a few pesos by using Didi rather than Uber. The safety measures available on the app are very similar to those offered by Uber.

In driver is another popular alternative and arguably the most economical of the three. With this app, you specify your pickup and dropoff location and then quote the amount that you want to pay.

Then, several drivers bid for your fare and you can choose the best offer. Although a lot of Mexicans used this, it does not have the same safety features as the other apps and it is perhaps not the best option to use.

Have you traveled to Guadalajara before? What did you think?

How did you choose to get around the city? If you are visiting Mexico for the first time, you may also find this list of travel tips useful, as well as this post on the best things to do in Guadalajara.

It is also worth noting that Uber and other ridesharing apps are not available in all parts of Mexico. Uber also works in Cancun, and there is Uber in Mexico City.

However, in much of Quintana Roo, it is banned.