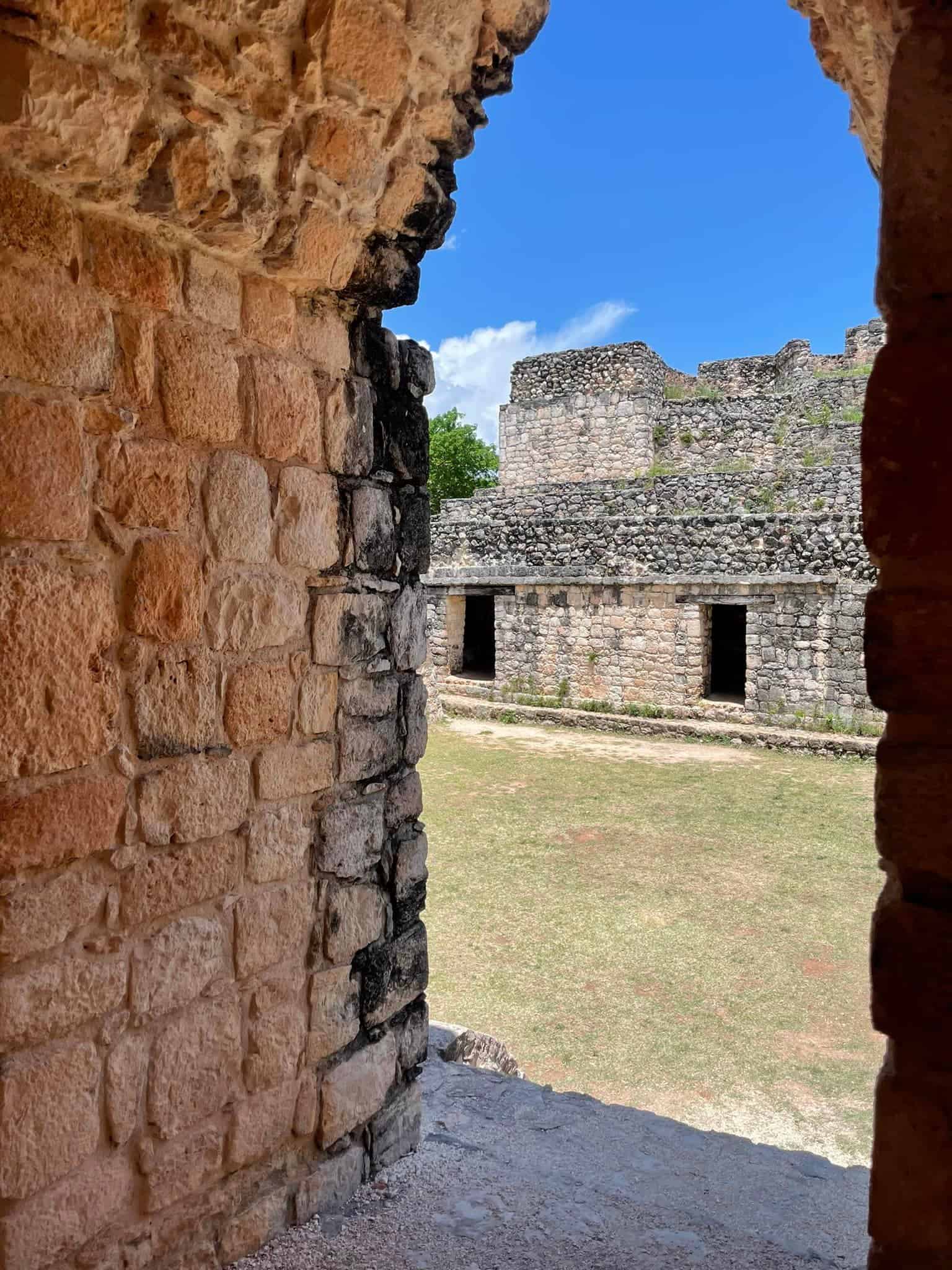 Books about Mexico are always nice to read. This rings true whether you are in the midst of planning a trip to the gorgeous Latin American country or you simply have an interest in Mexico’s history and culture.

Better yet, there are countless books about Mexico to choose from. Books about Mexico range from charming fiction books that will have you envisaging life living in the rural reaches of Oaxaca or in the luxuries of a Yucatan hacienda, to historical accounts.

Part of really getting to understand and appreciate a country is to get beneath the skin of its history and culture. Mexico has a long and fascinating history.

At times, it is heartbreaking and tragic, particularly where the Spanish colonization and the treatment of the indigenous peoples are concerned. Mexico is often misunderstood and undervalued but the works enclosed here will help you to better appreciate this colorful place.

The Labyrinth of Solitude – Octavio Paz

Octavio Paz (1914-1998) was one of Mexico’s most revered poets and diplomats. He received numerous awards for his written works over the course of his lifetime, including the Nobel prize for literature.

Arguably one of his most famous pieces is “The Labyrinth of Solitude” which he published in 1950. It is a nine-part book-length essay that discusses various aspects of the Mexican identity.

The original book was amended in 1975 to include further reflections on more recent, traumatic events in Mexico’s history.  Throughout the publication, Paz delves into an in-depth analysis of Mexican history – dating all the way back to the pre-Colombian era.

His essays offered an existentialist and psychoanalytic interpretation of Mexican culture. They were massively revered by intellectuals and thought leaders across the country and would go on to have a huge influence on Latin American essayists all over the Americans.

The book makes for good intermediate reading for anyone who already has a vague understanding of Mexican history, culture, and traditions.

William Carlsen is an experienced Journalist that has won various awards and accolades for his published works, including a Pulitzer Prize. His book “Jungle of Stone” is a New York Times bestseller.

It tells the story of American diplomat John Lloyd Stephens and British artist Frederick Catherwood who are recognized for discovering some of the most notable Mayan ruins in Mexico. In 1839, after hearing rumors of mysterious temples made of stone hidden deep in the jungle, they set out to uncover whether the rumors were true.

The book is an account of their adventures and discoveries. It also features a history and description of the major Maya sites.

Most notably, Chichen Itza, Tulum, Palenque, Uxmal, and Copan. It makes for nice reading before embarking on a trip to visit some of the best-known places in the Yucatan.

Popol Vuh: The Definitive Edition of the Mayan Book of Creation

Popol Vuh, the Quiché Mayan book of creation, is considered to be one of the most important books written in a native language created in all of the Americas. It was originally written in Mayan hieroglyphics, however, it has been translated into English.

This edition by Dennis Tedlock is one of the world’s bestselling Mayan history books. Popol Vuh provides readers with a fascinating glimpse of what life as a person belonging to the Ancient Mayan civilization was like.

The Popol Vuh is a sacred text, in some ways comparable to what the Bible or the Quran is today. It includes the Mayan creation myth, the exploits of the Hero Twins Hunahpú and Xbalanqué, stories about Mayan Gods, and a chronicle of the Kʼicheʼ people.

This does not make for light reading so it is best recommended for those with a strong interest in Mayan history. The translator has added notes and commentary alongside all of the translated passages to aid a deeper understanding of the text.

The Other Mexico, Critique of the Pyramid – Octavio Paz

The Other Mexico, Critique of the Pyramid was written by Octavio Paz in 1970 and provided some very interesting and thought-provoking suggestions to the Mexican society of that time. The book examines the historical development of the character and culture of modern Mexico.

It has a specific focus on political unrest in the 20th century. The book was originally written in Spanish but it has been translated into English and other languages. It aids in getting a deeper understanding of more recent Mexican history.

Conquest: Montezuma, Cortés, and the Fall of Old Mexico is a historical book about Mexico written by Hugh Thomas, Baron Thomas of Swynnerton. Thomas is widely regarded as being one of the world’s most gifted historians.

When you read conquest, it is very clear to see why. The book provides a narrative of the struggle between Spanish Conquistador Cortes and Montezuma and the Aztecs.

It is written in such a riveting and gripping way that you almost forget that these events actually happened. “Conquest” is like reading a fast-paced fiction book set centuries ago.

As you read, it quickly becomes clear that Thomas has a substantial interest in this era. His writing is exciting without in any way being detrimental to historical facts.

Hernan Cortés and about 500 conquistadores conquered a settled and established civilization in three short years, from 1519 to 1521.  Cortés had great confidence in what he set out to achieve in new Spain.

Shortly after arriving in Veracruz, he had all of his boats burned so that nobody could leave even if they wanted to. He and his men were victorious in countless battles even when they were significantly outnumbered.

The Spanish admired many aspects of the Aztec civilization with the exception of human sacrifices. This book gives an unabashed glimpse at the events of this particular era of Latin American history.

Michael D. Coe is Professor Emeritus of Anthropology at Yale University. His Book “The Maya” is one of his most acclaimed published works.

Many consider this as being one of the most accessible introductions to Mayan history. It is written in a simple, easy-to-understand manner and is free from complex terminology.

The book is frequently updated to reflect new information and findings. It is currently in its ninth edition which was first published in 2015.

The book lays out the story of the rise and fall of the Mayans. It touches on matters of religion, warfare, gender roles, and day-to-day life.

The Maya is beautifully illustrated, containing more than 200 drawings and photographs. There are also decipherments of fascinating Ancient Mayan hieroglyphics.

The Great Book of Mexico by Bill O’Neil is a lighthearted and easy-to-read account of Mexico’s history through the centuries. It doesn’t focus specifically on the Ancient Maya or on one set period of history.

Instead, it discusses both the ancient history of Mexico (the Aztecs, the Maya, etc) and the more modern aspects. For instance, the politics, the identity struggles, and the issues with drug trafficking.

There are also many fun facts about Mexico, interesting stories, and insights into the diverse culture of Mexico. For instance, famous Mexican telenovelas, Mexican pop culture, sports, celebrities, the development of various types of Mexican music, etc.

As you make your way through the book’s pages, you are also presented with light-hearted quizzes that help you test what you have learned. The intended audience for this book is young adults and teens.

However, you are likely to enjoy it and learn something new, even if you consider yourself as being well informed on Mexican history and culture.  The Great Book of Mexico is a fun and easy read for your plane journey to Mexico.

The Warlords of Ancient Mexico by Pete Tsouras was first published in 2014. Instead of focusing on the Spanish conquest of Mexico, an overview of the Maya or their downfall, it focuses on some of the most notable figures in the warrior tribes of Ancient Mexico.

These figures have largely been missed from historical accounts of Ancient Mexico. In his book, Tsouras personifies them and provides detailed biographies.

They are accompanied by fascinating stories of conquest and warfare, and dozens of beautiful illustrations and photographs. Tsouras focuses mostly on Central Mexican history, the Aztecs, and the Mexicas.

The Ancient Maya is only touched upon briefly. The book is succinct and easy to read for someone who is relatively new to Ancient Mexican history.

The People’s Guide to Mexico by Carl Franz has been the definitive guide to visiting Mexico for the first time for several decades. It covers a broad range of topics in a fun, easy-to-read format.

Within its pages, you will find everything from Mexico travel tips, funny stories and anecdotes, and practical advice on topics such as driving in Mexico, renting a car in Mexico, and planning a trip. The book is currently in its 14th edition.

It was last updated in 2012. If you are not sure what to expect from your first trip to Mexico and want to understand more about Mexican traditions, celebrations and culture, Franz’s book is deeper and more cultured than your typical Mexico guidebook. It helps you learn what to appreciate and look for in Mexico beyond just the seeing of the sights.

Have you read any books about Mexico? Which were your favorites? Are you familiar with the ones discussed here?