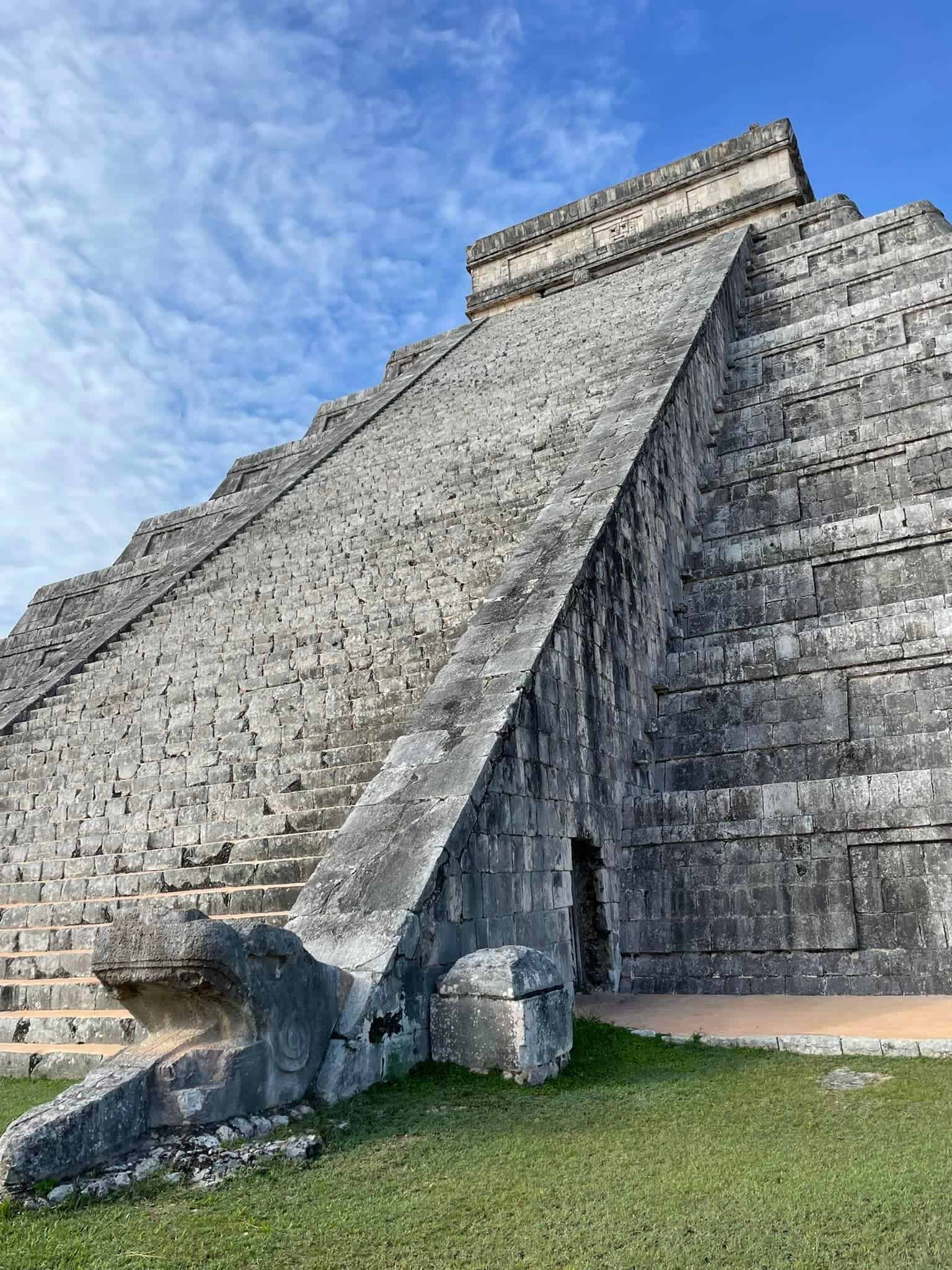 If you are flying domestically or internationally to, from, or within Mexico,  it is understandable that you will want to know what the best Mexican airlines are, what they offer, and if there are any Mexican airlines that are best avoided.

There are currently 8 main Mexican Airlines that operate on routes to and within Mexico. Namely these are Aero Mexico, Viva Aerobus, Volaris, AeroMexico Connect, AeroMexico Contigo, Calafia Airlines, Aeromar and TAR Airlines.

AeroMexico is the country’s national carrier. At present, 97% of the Mexican domestic flight market is controlled by just three Airlines:  Aeromexico, Viva Aerobus, and Volaris.

In Mexico, like in the United States, only Mexican Airlines are permitted to service domestic flight routes. However, numerous international airlines offer flights to and from Mexico from various countries across the globe.

For instance, Delta, American Airlines, JetBlue, Frontier, and Spirit Airlines fly from various cities across the United States to various points in Mexico. From the United Kingdom, you can fly to Mexico using TUI, Virgin Atlantic, and British Airways among other carriers.

Best Mexican Airlines to Know and Use in 2023

Mexico has more than 100 major national and international airports scattered throughout its 32 states. Despite there being various airlines in operation in the country, you will probably find that you will mostly fly with AeroMexico, Volaris, and Viva Aerobus.

This is potentially set to change in the future. Recently, Mexican President AMLO (Andrés Manuel López Obrador) has commented on the monopoly that these airlines have and how it is causing an increase in flight prices.

One solution, he has suggested, is to allow international airlines to operate on domestic routes within Mexico. This could provide a big growth opportunity for many American airlines, particularly since there are so many US travelers and expats in Mexico.

Another idea was to create a public airline to offer lower-cost flights. None of this is going to happen overnight, but it is worth watching.

AeroMexico is not the cheapest airline to fly with but it is often worth paying the marginal extra price difference for the extra comfort and amenities. Even on short, domestic flights, you will be treated to a complimentary light snack and drink on board.

The service is unparalleled and there are televisions in front of each seat that offers a wide range of international movies, tv-series, and music, as well as an interactive map. If you spend a lot of time in Mexico, you can join AeroMexico’s Club Premier to save points which can then be used towards new flights and upgrades.

Volaris is the second biggest and most popular airline in Mexico after AeroMexico. Since it identifies as a low-cost carrier, it is usually cheaper to fly with Volaris, although they don’t always operate on the same routes as AeroMexico.

Complimentary food and drinks are not provided on Volaris flights, although many items can be purchased onboard for a fee. There is also no entertainment or TVs on Volaris aircraft so it is a good idea to download something to watch/read/listen to on your personal devices before you fly.

Still, Volaris is a low-cost airline. (Its own tagline refers to it as Mexico’s “ultra low-cost carrier” so manage your expectations accordingly).

Volaris prides itself on having the youngest fleet of aircraft in Mexico, and all planes that are currently in use by the airline are less than 5 years old. Their fleet includes 88 A320s, 4 A319s, and 23 A321s.

Viva Aerobus is one of the main Mexican budget airlines. They sometimes get a bad reputation for lacking service, being disorganized, or overbooking flights but these instances are the exception, not the norm.

If you manage your expectations, flying with Viva Aerobus can be fine. The airline is to Mexico what Ryanair is to Europe or Frontier airlines are to the US.

Sometimes, when you are flying on certain domestic routes within Mexico, you will find that Viva Aerobus is the only airline that you can use. (For instance, when flying from Merida in the Yucatan to Oaxaca City).

The flights are pretty basic, but the tickets are affordable and get you to where you need to go. There is no in-flight entertainment and food and drinks need to be purchased. (They are not provided for free.)

One “plus” factor of flying with Viva Aerobus that makes them stand out from other budget airlines is the fact that they allow you to make 2 complimentary changes to your flight. This is great if something comes up at the last minute or you want to book a flight that allows flexibility, without paying a ton more for a flexible ticket.

If the new flight that you want to travel on is more expensive, you just need to pay the difference in fares. This is usually not a lot.

AeroMexico Connect is the regional arm of AeroMexico that was formerly Aerolitoral. It is headquartered in Monterrey and services regional routes around the country, mostly short-haul flights.

However, the planes used by AeroMexico Connect are smaller. The airline uses Embraer E-190 aircraft which have two aisles with two seats on either side.

There are no TVs on the seats in front of you. However, you can use AeroMexico wifi to connect your phone, tablet, or computer to an inflight entertainment system and choose from the same selection of movies and tv shows that you can watch on board the standard AeroMexico flights.

Unfortunately, this is sometimes glitchy and doesn’t work on every flight. Do note that it isn’t actually a “true” wifi network as you cannot access the internet. It simply connects you to the AeroMexico entertainment network.

As of 2021, AeroMexico Connect now flies to several international destinations. This includes 6 US cities and various locations in Latin America including Guatemala and Santa Domingo in the Dominican Republic.

AeroMexico Contigo is the budget travel arm of Mexican airline giant AeroMexico. It has been in operation since 2013 and currently has a fleet of just 9 aircraft that operate on a select number of flights between Sinaloa, Guadalajara, and Tijuana.

Calafia is a Mexican domestic airline that only offers routes around Baja California Northern and Western Mexico. You can fly with them to 19 different destinations in the region, including Tijuana, Mexicali, Monterrey, Loreto, La Paz, Durango, and Guadalajara.

AeroMar is a Mexican airline whose headquarters are at Mexico City International Airport. It operates on a number of domestic routes across Mexico, in addition to international routes to the US, Honduras, and Guatemala.

FAQs about the Best Mexican Airlines

Do you have any questions or concerns about which Mexican airlines are the best and domestic air travel within Mexico? The answers to some frequently asked questions on the topic are detailed below.

Hopefully, you will find the answers you are looking for there. If not, feel free to reach out!

Is Volaris or Viva Aerobus better?

Both Volaris and Viva Aerobus are two of the best Mexican airlines if you are looking to travel on a budget. You can find affordable tickets via both airlines, however, Volaris tends to have a better reputation and better service.

Not to mention, Volaris has a higher safety rating. (Although both airlines do meet international requirements and are safe).

Which is better Aeromexico or Volaris?

Both Aeromexico and Volaris are among the best Mexican airlines. The flight prices for traveling with Aeromexico are decent, but Volaris wins in terms of value and the number of cheap deals available.

Aeromexico offers better service, amenities, and in-flight extras such as USB charging points, entertainment, complimentary beverages, and light bites. Both are very safe, although Volaris was recently recognized as the safest airline in the whole of Latin America.

(That’s no small feat!) In all, Aeromexico just wins.

What is the safest Mexican airline?

When talking about safety and airlines, it is important to note that all airlines must meet certain safety requirements to be able to operate in the first place. All Mexican airlines – including Aeromexico, Viva Aerobus, Volaris, etc, are safe to fly with.

Still, it is worth noting that Volaris was recently recognized as being the safest low-cost airline in Latin America and one of the 10 safest airlines in the world.

What is Mexico’s best airline?

Aeromexico is arguably Mexico’s best airline. This is from a comfort, safety, hygiene, and amenities perspective. When you fly with Aeromexico, you have entertainment on board, free drinks and snacks, friendly airline personnel, and the ability to collect Club Premier points.

Aeromexico has a large fleet of aircraft and they make use of various different aircraft models. The quality is generally good.

Not to mention, the service onboard is usually exemplary and flying with AeroMexico means having complimentary drinks and snacks, inflight entertainment, etc. Some aircraft have somewhat dated entertainment systems and chairs, although it doesn’t really detract from the flying experience too much.

Is Volaris a safe airline?

Volaris is a very safe airline. It is certified as a 3-Star Low-Cost Airline. In 2022, Volaris was recognized as the number 1 airline in Latin America for safety, and one of the top ten safest airlines in the world.

Is Aeromexico and Delta the same?

Aeromexico is not the same as Delta. However, the two airlines are among SkyTeam Alliances founding members. Delta also does hold a financial stake in Aeromexico.

What is Mexico’s main airline?

Up until recently, there was another Mexican airline in operation that you may have used or heard of called Interjet. However, sadly, in December 2020, they ceased operation and entered insolvency proceedings.

When it comes to traveling within and in/out of Mexico, it is often worth paying more to fly with AeroMexico. If you are a frequent flier to Mexico or a frequent flier with Delta, this is a no-brainer as the marginal price difference that you pay for the additional comfort, you get back in the form of points and air miles.

All Mexican airlines are pretty good and you don’t need to worry about traveling with any of them. There are definitely none that you need to boycott for fear of dangerous practices or appalling service.

If you are traveling to Mexico for the first time, you may also enjoy this list of interesting facts about Mexico, or this post on things to know before you go. Have a wonderful trip.